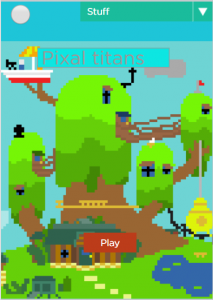 Spring session of App Authors just finished up at Kenwood Elementary in Champaign. A lot of students came into the program with ideas for apps already and then worked through paper prototyping the screens for their apps and drawing arrows to show what the buttons would do. The kids were really excited when it was finally time to start coding their apps and had a lot of fun finding images and sounds to add to their apps.

One of the coolest things that the kids figured out was adding sound to their apps. One student made a zombie app and wanted to add a screaming sound, so he actually recorded a whole group of his fellow students screaming and added it to his app! While screaming during the App Authors program would usually be cause for alarm, this time it was a great instance of collaboration 🙂 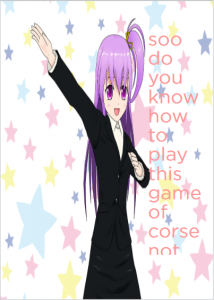 A couple apps had really good ideas behind them but weren’t able to be completed in six weeks. One student had an idea for a tutor app that would help you learn different subjects. Another had the idea to create a kind of meditation app; when you felt stressed you would just open the app and it would give you a breathing exercise to help calm you down.

“The best part of the program was definitely the Showcase,” Lizzy Issbell, App Authors research assistant, said. “The kids were so excited to show their parents the apps they had created!”

View all posts by kqueal1@illinois.edu →