We’ve known for a long time that income disparity affects kids’ reading levels, and the 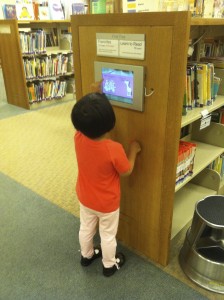 twenty-first century has additionally brought us the digital divide, the difference in access to technology many of us take for granted between in kids low-income families and kids in higher-income families.This gap hugely influences the career paths available to these children, particularly paths in STEM fields.

Libraries can play an important role in creating STEM learning spaces for young people, especially those young people who have limited access to technology at home. For several years now, libraries been leaders in the makerspace movement, providing physical spaces that offer tools for exploration, play, and experimentation ranging from fab labs (fabrication labs) to hackerspaces to DIY crafting opportunities.

Similarly, the library has huge potential to offer STEM opportunities for girls and underrepresented minorities to develop their interest, and extracurricular programming allows young people the chance to explore, and play, make mistakes and learn, outside of the confines of the classroom.

Apps provide an excellent entrance point for coding and STEM explorations, since even young people without their own tablets or smartphones are likely to possess basic competency with their interfaces; young people who think STEM subjects are too hard will readily play a game on a tablet or enjoy interacting with an e-book.

App Authors: Closing the App Gap II is a three year project that will be led by Dr. Deborah Stevenson, Director of the Center for Children’s Books, with co-­PI Dr. Kate McDowell, Associate Professor, both at the Graduate School of Library and Information Science at the University of Illinois Urbana Champaign. During that time frame, we will work with a total of six to nine school and public libraries to present app creation programming for children aged eight to twelve at those sites.